People look as lying as just another way to communicate, but there is a psychology behind it. People typically show verbal signs when they lie, both in the tone of their voices and in the stories they tell, because speaking something untrue takes real effort. While there is not a surefire way to know if someone is lying every time, there are things you can listen for that should raise your eyebrows.

They Use Filler Words

Because lying takes effort, words don't flow as smoothly when someone is telling a lie. This means someone telling a lie has to take frequent pauses to consider the words before they turn them loose.

Filler words, such as uh, er, like, and um during moments of hesitation often slip out when someone lies. These filler words, referred to as word-fumbles, can offer clues about the intentions of the person speaking.

They Cut Out Contractions

In normal speech, contractions are used to shorten a sentence so you can get a point across quickly and clearly. Someone telling a fib commonly eliminates contractions and instead uses the full two words.

For example, using "was not" instead of "wasn't" or "did not" rather than "didn't" makes a sentence come through more slowly. This may seem like an ordinary shift in communicative style, but this is actually another effort to allow time to process a lie as it is being created.

They Repeat or Rephrase Questions

Instead of giving you a straight answer, you might hear your question repeated back to you or notice a slight pause between answers. The person might also ask you to repeat the question, even though you know they heard you the first time. These are tactics liars use to buy time before responding.

Someone who is lying may also rephrase the question when giving their answer. For example, a conversation may go something like this:

You Say: I already told you not to be around Tracy, so why were you?

They Say: You did tell me not to be around Tracy, so I wasn't.

You Say: Did I see your car over by First Avenue this morning?

They Say: My car was not over by First Avenue this morning.

Instead of rephrasing your question to buy time, someone lying uses rephrasing as a way of speech discipline. This provides a way of keeping the lie from going too far afield. 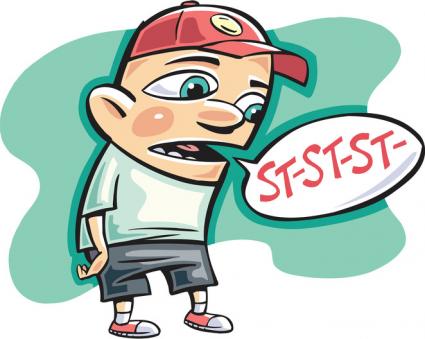 Stuttering and using filler words go hand in hand because both are virtually involuntary reactions to trying to speak something that's not the truth. Stuttering, however, is more like breaks and repetitions in words, not breaks in sentences. So you may hear someone say, " I never st-st-stopped at the-the mall," for example. One of the biggest underlying causes of stuttering is anxiety, and lying can definitely make a person telling the untruth feel anxious.

Pay close attention to a rise or fall in the pitch or tone of someone's voice if you suspect they are telling you a lie. It is actually common for a liar's voice pitch to change when they are speaking something deceitful. There are a few reasons for this change in pitch.

They Deny and Get Defensive

Someone who lies may also become verbally defensive, deny they are lying, or try to make the other person feel guilty. You might hear things like, "I would never lie," as the person tries to convince you they're innocent. Most people caught in the act of lying will flat out deny it, and some will even become angry if you persist.

A good tip comes from Psychology Today: When a truthful person is accused of telling a lie, they will deny it but will give further information to sway the accuser's opinion about the situation. On the other hand, someone who is truly lying will deny it and often get defensive instead of offering an explanation or more details. For example, a conversation with a liar may go something like this:

You Say: You're not telling me the truth.

They Say: Are you calling me a liar? How dare you?

You Say: That doesn't sound like a truthful explanation.

They Say: What is wrong with you? Why can't you just trust me? I'm so sick of this!

Notice in both examples, the accused goes on the defense and almost immediately tries to turn the situation around to make you sound like the bad person. Someone who is actually being honest would likely try to further explain to sway your opinion.

They Change the Subject

Imagine this scenario: Your significant other spent the whole night out with friends, and he or she is telling you about it because you asked. She leads with a highly detailed account about her initial visit to a local bar, goes into the details about catching a movie after, but then she suddenly starts talking about something else entirely, like what happened when they got home or why they can't go to work tomorrow. Changing the subject is a means of distracting you from the lie.

In situations when you feel like things are being omitted from a story, these are usually good signals you are not getting the whole truth. Liars will also contradict themselves, making statements that don't completely make sense. If you begin to feel suspicious, press on asking questions and looking for details that don't fit together. Because a liar is essentially manufacturing a story as they go, doing so can lead you to notice inconsistencies in what they say.

In some cases, someone who is lying will pause frequently...sometimes right in the middle of a sentence. They may also pause for longer and respond more slowly than someone telling the truth. When you speak truthfully, what you want to say comes straight from a recollection or thought, but when you lie, you are creating a fabricated tale on the fly.

Someone who has rehearsed a lie enough can easily avoid pauses most of the time but in the moment, pauses will be evident. So, if you ask someone about something and they say something like, "Well, I did go there but...I was only there for... a minute and...then I came home," you very well could be getting a woven-in-the-moment story and not a truthful answer.

Tips for Finding the Truth

If you suspect a person is lying, there are a few simple tips to keep in mind to help you get closer to the truth.

Why Do People Lie?

If someone is trying to cover up the truth, they obviously have something to hide. People have many reasons for lying, but they include things like trying to control or manipulate a situation, avoiding punishment or conflict, trying to be accepted, or to discourage bad impressions.

While everyone occasionally tells white lies, some people make lying a bad habit - or worse. There are treatments available if you suspect you or a loved one needs help.