There are two types of urine drug tests.

The screening test examines the parent drug and a metabolite using immunoassay. This test looks at a variety of different drugs to see if any show up as positive.

The confirmatory test uses chromatography spectrometry, or high performance liquid chromatography, to test for a specific drug. Depending on the drug or drugs ingested, detection will vary.

How the Tests Work

Urine drug tests look either for the drug itself or for a chemical that's made in the body as the drug is broken down. These secondary chemicals are called metabolites. The tests are often done by a technique called immunoassay, in which special molecules that bind to the drugs or their metabolites are added to the urine. Confirmation of the result, if needed, is done by gas chromatography/mass spectroscopy, which looks for specific molecular characteristics.

The test result won't say how much of the drug was found, just whether it was detected. It also won't reveal how long ago the drug was used.

What Drugs Are Detected

There are urine drug tests specific for just one drug. Often, multiple tests are done together in what's called a "drug screen" or "toxicology screen." These can include both illicit and prescription medicines, but when illegal drug use is the issue, the test will probably include marijuana, cocaine, opiates (morphine, heroin, and similar drugs), PCP/angel dust (phencyclidine), amphetamines, and sometimes benzodiazepines (such as Valium and Xanax).

Often, the sample can be collected in a regular bathroom. In certain situations, when it's very important to be sure the results are accurate, a nurse or other professional will remain in the room. In some cases, the test can be done in private. However, the person being tested must wear a hospital gown so that nothing can be smuggled in to affect the test.

Federal, state, and private employees may be required to drug test. Local and state laws may differ, which can impact whether an employee may be required to drug test. Because of marijuana's murky legality, some states, such as Arizona, Arkansas, Delaware, Connecticut, Illinois, Maine, Minnesota, Nevada, New York, Pennsylvania, and Rhode Island protect the employee if they have a medical marijuana card or are using outside of the workplace and may even block drug testing. States not listed tend to have no employee protection when it comes to marijuana use.

If you are taking prescription medication and your prescription is current, you may be protected under the American Disability Act. Depending on the state you live in, your employer or prospective employer may be required to give you written notice before drug testing you, or may need to make an offer before subjecting you to a drug test. You may also be subjected to random drug testing as long as your employer provides you with notice.

If there was a workplace accident, a drug test may also be given to make sure that nobody was under the influence during the incident. You can always refuse a drug test, but you may be subject to termination. This can prevent you from seeking unemployment benefits. 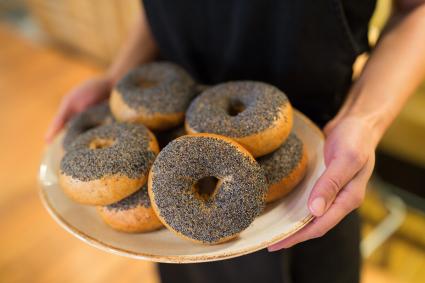 Although false positive are not common, they can happen about five to 10 percent of the time. If you are taking prescribed medications, it can trigger a false positive. The following things can also create false positives:

Many manufacturers sell home tests. These are available online and may also be at your local drugstore. Tests are available for marijuana, cocaine, opiates, amphetamines, ecstasy, PCP, barbiturates, and benzodiazepines. The tests give results within a few minutes and range from five to 14 panel tests. Some companies offer the gas chromatography/mass spectroscopy confirmation test by mail, but there may be an additional fee for this service. These tests can be used in a business or home setting.

Home tests typically cost $6 to $10 each, depending upon the manufacturer and how many drugs are detected. The most highly rated tests include:

How Long Drugs Are Detectable

Different drugs are detectable in the urine for various amounts of time depending on how they're processed by the body. Actual timelines depend on the amount of the drug, how often it was used, and each individual's metabolism. They can vary greatly from person to person and even from test to test. The following are estimates:

The safest way to get a clean test is to refrain from using drugs.

Considerations in Getting a Clean Test

If you do have drugs in your system, detoxing can help you achieve a clean test. Because everyone processes drugs differently, there is no definitive way to ensure that none will show up on your test, even if you haven't used in a few days.

If a sample is tampered with, the lab won't be able to get any result at all. Not only will the test have to be repeated, but it may raise suspicions with an employer or coach. If you are using prescription medication and have a current prescription, are taking over-the-counter medication, or have a medical marijuana card you may want to inform your employer prior to giving your urine sample.

Urine screens may be used by employers, parents, and rehab centers to test for various drugs. If you are worried about testing, make sure you understand your rights prior to agreeing to test.

Comments
© 2006-2021 LoveToKnow, Corp., except where otherwise noted. All Rights Reserved.
Types of Urine Drug Tests and How They Work