Some people know an acquaintance, coworker, friend, or family member who is a compulsive liar. They lie when there doesn't seem to be any reason to, and the consequences of lying seem to outweigh the benefits of the lie being told. To outsiders, the person lies about almost everything and anything, and seems to do it almost compulsively, as if the person cannot stop himself from lying. Treatment for compulsive lying is complicated, but not impossible.

The treatments for a compulsive liar depends on many different factors. The person themselves, their overall health and if there are any underlying conditions that may need to be diagnosed as well. The treatments will revolve around behavior modification and include:

The best treatment is counseling for compulsive liars. They lie and will actually admit that they lie but simply can't stop. These counseling sessions will also diagnose any underlying disorders as well. Couples therapy, family therapy or group therapy may also be recommended.

This treatment is best suited for compulsive liars who have also been diagnosed with OCD or ADHD. Cognitive behavioral therapy is a type of psychotherapy that will help the person become aware of negative thoughts and learn to identify and cope with them.

This treatment is for severe cases. Aversion therapy is a psychotherapy used to condition a person to suppress unwanted habits or behaviors by linking it to a stimulus that causes complete disgust.

Before Any Treatment Begins

The most important factor in getting treatment for compulsive lying is that the person understands and accepts that they have a problem and need the treatment. If they are uncooperative or forced into treatment, it will not help them. When that's the case, they will likely continue with their compulsion and lie throughout the course of their treatment. 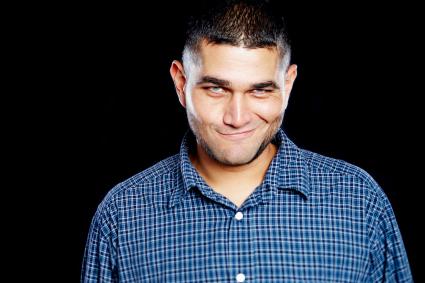 Extreme lying is seen as part of a variety of different disorders and is always treated within those contexts. Addictions, such as addiction to gambling, have lying as one of the symptoms of the disorder. Most commonly, extreme lying behaviors are associated mostly with psychological disorders listed in the DSM-5 as well as other types of conditions, such as:

There is a lot of debate surrounding pathological lying, including providing a unified definition of what it is and its clinical manifestations. Some feel that extreme lying can occur with the absence of other psychological disorders. Others feel that this rarely, if ever, occurs. Either way, your clinician will give you a full assessment to understand your lying in the context of many different factors.

Treatment Plans for Lying With Other Disorders

Treatment for excessive lying, pathological lying, or lying associated with a disorder is a highly individualized plan to help you gain control of your lying behaviors. The treatment can vary depending on the type of disorder and your life experiences that led to chronic lying. Most often, lying will be treated in the context of other disorders. Some treatment options for disorders that have lying as an inherent part of the disorder include:

Pathological gambling inherently has lying as part of the symptoms. The best forms of treatment are Gamblers Anonymous and individual psychotherapy to overcome the addiction and stop the lying to cover up their behaviors. Medications such as "serotonin reuptake inhibitors, opioid antagonists, and mood stabilizers" were researched in the treatment of compulsive gambling, yet are still under study.

Antisocial personality disorder is best treated with psychotherapy and cognitive therapy. Some medications, such as antidepressants or antipsychotics can be used to treat some of the symptoms of this disorder.

Other disorders that may include lying are: 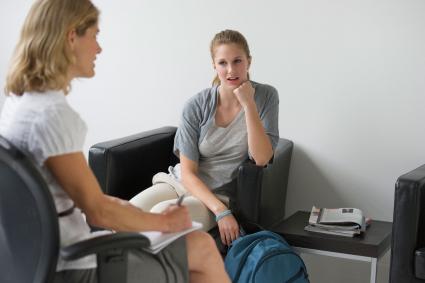 Know that when you seek treatment for lying, your mental health professional might spend a great deal of time in the treatment process making sure he or she knows everything about your situation in order to make an accurate diagnosis. If lying is a prominent concern, know that it could be part of several different disorders, it could be behavior associated with your life experiences, or for a number of other different reasons. Your clinician will want to differentiate the lying in the context of your life and disorders that have lying as an inherent part of the disorder.

Some disorders, such as personality disorders, have extreme lying behaviors as part of the disorder. When a person is treated for extreme lying, the person is assessed for other symptoms or life situations that could contribute to compulsive lying, such as abuse or neglect. This helps clinicians treat pathological lying in the context of the person's life experiences. Since lying in itself can be a symptom of many other disorders, the treatment process begins with a careful, thorough assessment and diagnosis before going ahead with any of the recommended treatments.

Mental health professionals will use a number of interviewing and observational techniques to gain an understanding of you as a whole person. The mental health professional will ask you questions regarding your childhood, your present problem, your life experiences, and many other questions. This helps the professional learn about you, who you are, where you come from, as well as other clues from your past and present that will assist you in understanding the problem of lying and how it is relevant in your life.

The mental health professional might seek to verify observations with a psychological assessment. A psychological test, part of the overall diagnostic process, helps clinicians make a more reliable and valid diagnosis. There isn't a test specifically for lying in general. However, there are tests that take lying into consideration and are built into the tests to help you and the clinician understand more about the nature of your lying. One common test is the Minnesota Multiphasic Personality Inventory (MMPI), which is very helpful in understanding personality disorders and other types of mental disorders.

The success of a compulsive liar's treatment depends on if they want to change and get help. As a family member or friend, it may seem easier to turn away and disconnect from that person, but they need your help and support. Explain to them how important it is for them to change and call them out if you know they're lying. Being supportive and helping them during their treatment can actually be crucial for their recovery.