Understanding the signs of pathological lying will help you identify if someone you know is suffering from this type of lying disorder. Pathological liars are addicted to lying, and this type of regular deception is often associated with another mental illness. Using a list of common signs can help you identify someone with a real lying addiction.

Signs Someone May Be a Pathological Liar

Pathological lying, which is also known as chronic or habitual lying, is not a psychological disorder; it has no documented list of symptoms. However, pathological liars may share the following common traits.

Lies Bring Attention to the Person

Therapist Mark Tyrell, the founder of Uncommon Solutions, suggests some people who lie pathologically do so to seek attention. Individuals who want to have center stage wherever they are may have to make up stories to capture people's interest. These types of people crave an audience and get high off it, and this leads them to lie more. Therefore, if you see someone constantly engaging in attention-seeking behaviors, he or she may also be lying to support this need.

Stories Are Impossible to Believe 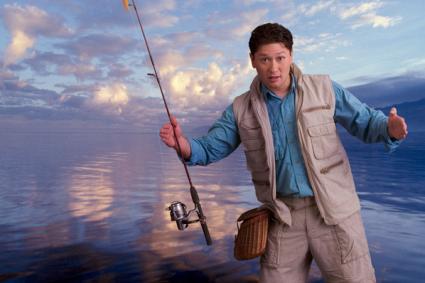 The Psychiatric Times states pathological liars will often tell unbelievable stories, and the lies they contain may seem absolutely pointless. In fact, a pathological liar may even tell lies that are self-incriminating. While almost everyone exaggerates stories sometimes, someone with a problem does it much of the time. If you find yourself with your jaw falling open every time someone tells you a story, it's probably because it's not true. If this happens regularly, the person may be a pathological liar.

A pathological liar may never admit life is difficult. Instead, he or she will either only discuss the happy times or make up stories to replace unfortunate events. According to therapist Mark Tyrell, this form of self-aggrandizement is quite common among people with lying issues. If you notice someone is constantly telling stories that make his or her life look better or more exciting than it actually is, this may be a sign that the person is a pathological liar.

Lies Show the Individual as a Constant Victim

On the other hand, as stated in Psychiatric Times, pathological liars may also always paint themselves in the light of victimhood in order to gain attention. Someone who is always suffering from a different illness or constantly a victim either has bad luck or is a pathological liar. Just as some pathological liars will lie about the good in their life, some will make up bad things that happen to them for the attention. If the number of horrible events that have happened to this person strains your ability to believe the stories, this may be a sign of pathological lying.

According to the Journal of Social and Clinical Psychology, low self-esteem ranks high among the probable causes of behavioral issues. People with low self-esteem are more likely to demonstrate pathological lying symptoms because they are trying to make themselves feel better about how they look, their accomplishments, and what they have in life. While low self-esteem doesn't always indicate a pathological liar, if it's coupled with regular truth-stretching, it could be a signal that this person needs help.

The Difference Between Pathological Lying and Compulsive Lying 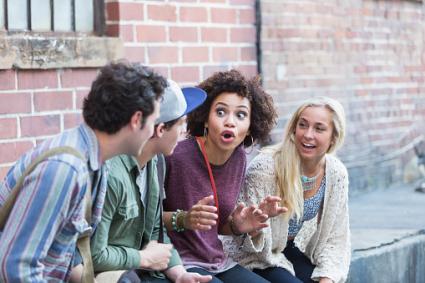 Pathological liars and compulsive liars are often generalized as the same in general conversation without differentiation between the two. However, according to Steady Health, both of these types of people tell frequent untruths, but there are marked differences that pose different challenges for people around them. A few noteworthy differences between the two include:

On the surface, the two types of lying look the same. With further attention, however, it is easy to decipher some differences between the two.

To identify if someone is a pathological liar, you will need to know a little about his or her history, as well as this person's current psychological stability. These are two of the biggest indicators of a potential lying problem.

Knowledge of the Individual's Personal History

Knowing the history of a pathological liar will help you see patterns in his or her lying. Some people will only lie about the present, but others make up a completely new life for themselves. For example, if you know your friend from grade school, you probably know a lot about his or her childhood. If this friend tells people that he or she had a disadvantaged home life but you know for a fact he or she didn't, you can begin to suspect that this individual is a pathological liar.

Psychological stability is the other factor in determining if someone is a pathological liar. Many people habitually lie due to a mental illness such as bipolar disorder, borderline personality disorder or depression. Many mental illness sufferers have misconceptions about what is reality. Their distorted perceptions make it difficult for them to understand what is false and true. That's not to say that all individuals who suffer from mental illness lie unknowingly, but many lie so they don't suffer repercussions from caregivers and psychiatric care providers.

If you suspect someone you love has a problem with pathological lying, seek help from a qualified therapist. If the person who compulsively lies will not seek help, set your own boundaries firmly in order to avoid being hurt.