The many detrimental effects of smoking have been well documented, yet numerous people in the United States and worldwide continue to smoke. Quitting smoking can reduce the risk for multiple smoke-related diseases and prevent premature death.

Statistics on Smoking and Health

By 2012 numbers, 18% of the U. S. population (about 40 million people) were smokers, according to a 2014 Surgeon General's report on the health consequences of smoking. Between the first Surgeon General report in 1964 and the 2014 report 50 years later, 20 million Americans died as a result of smoking.

A Centers for Disease Control and Prevention (CDC) fact sheet notes that each year, over 480,000 people die from the diseases of cigarette smoking. Smoking-related problems decrease work productivity and increase work absenteeism and healthcare expenses in the U. S.

The Surgeon General report states smoking is the leading cause of preventable premature death in the United States. Each subsequent report during the 50 years of study progressively showed:

The Surgeon General report and the CDC's fact sheet review the many organ systems affected by smoking and the consequent disease processes.

The Chronic Diseases of Affected Organs

Below are some of the ways smoking affects various organs and systems.

The Cancers of Smoking

Smoking increases the risk of cancer of several organs of the body, including: 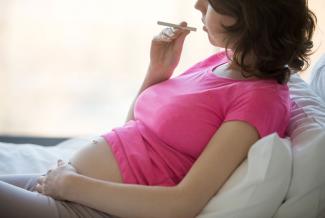 Smoking also has adverse effects on a pregnancy and a fetus, causing an increased risk of:

Effects of Smoking on Your Appearance

Your skin is not spared the adverse consequences of smoking, and the effects on your facial skin appearance can be starkly evident. Smoking diminishes the health of your skin as follows:

If you quit smoking, some of the skin changes might improve.

The Risk of Secondhand Smoke

Secondhand smoke also affects children and increases the risk for:

If you are a smoker, there are resources to help you quit smoking. When you quit, your health risks can decrease significantly the longer to go without a smoking. You can access quit-smoking resources on the following pages:

The Sooner the Better

Smoking has numerous adverse consequences on the health of adults, children, and the fetus. The sooner you stop smoking, the better you can reduce your risks, including the risk of a too-early death.