Antihistamines, in general, have a low potential for addiction if you take them in the recommended doses for a short time. However, if you take the older (first generation), sedating antihistamines in higher doses for a prolonged time, you run the risk of physical dependence and addiction, as well as more severe adverse side effects. 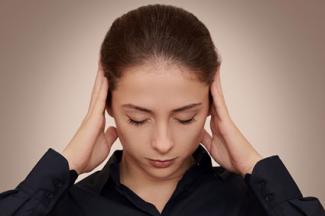 Most people assume antihistamines are of no concern because of their easy access in over-the-counter allergy, cough, and cold medicines and sleep aids. According to a 2010 review in Allergy, the older, (first generation), sedating antihistamines, developed in the 1940s to 1950s, penetrate the central nervous system (CNS). This is what gives them a potential for abuse and addiction.

Abuse of the Drugs

The older, sedating antihistamines include:

The few cases of antihistamine addiction reported in the medical literature are mainly on diphenhydramine (DPH). According to a report of a patient in the Journal of Child and Adolescent Psychopharmacology in 2010, DPH is abused for its sedative, sleep-inducing, and euphoric effects on the central nervous system. The antihistamines cause addiction by increasing dopamine release in the brain's reward and pleasure centers, typical of addictive substances such as Vicodin and heroin.

Some people deliberately choose to abuse antihistamines, often as a substitute when they can't get their drug of choice. Others may start out using an antihistamine as a sleep aid but find they need higher and higher doses to fall asleep. They then might inadvertently find themselves on the path to addiction.

Based on the review in the Journal of Child and Adolescent Psychopharmacology, with overuse of diphenhydramine, after a while classic signs of abuse or addiction can develop:

The risk of addiction is especially greater for people who are susceptible to drug abuse.

After abusing diphenhydramine or other sedative antihistamines if you suddenly stop taking them, withdrawal symptoms that indicate that you have physical dependence include:

Higher doses of DPH and other sedating antihistamines can cause visual and other distortions seen with hallucinogens. In addition, they can cause an increase in the severity of their other side effects:

Sedative effects are increased if these medications are also mixed with other medicines, such as dextromethorphan (DMX) in cough syrups, or are taken with alcohol, opiates such as heroin, sedatives, or tranquilizers, such as Valium.

According a review by the National Institutes of Health, newer (second and third generation) antihistamines are non-sedating or minimally sedating and cause less drowsiness than the first generation drugs. This is because they have limited penetration into the brain.

These newer antihistamines, on the market since the 1980s, appear to have little risk of being abused or causing addiction. This is because they have little or no effect on the CNS. They also have fewer side effects because they only bind to selected receptors. Search of the medical literature turned up no reports of addiction to the newer antihistamines which include:

According to a 2005 review of second generation antihistamines in Drugs, cetirizine was the only one that caused sedation in about 10% of patients.

In a case of diphenhydramine addiction and detoxification, as reported in the Journal of Psychopharmacology in 2009, treatment involves the gradual tapering of dose of the drug. This was also the treatment given to the patient reported in the Journal of Child and Adolescent Psychopharmacology. In that case, naltrexone ( a drug that counteracts the effects of opioids) was also added to block the dopamine-driven drug-seeking habit.

According to the United States National Institute on Drug Addiction, to be effective, treatment for any drug addiction should also include behavioral therapy.

If you are taking a bigger dose of a sedating antihistamine than is recommended by the instructions and you find it hard to stop the drug, ask for help. Talk to your doctor about how to detox from the drug and how to prevent recurrent use.