Opioid abuse causes irreversible structural, cellular, and neurohormone changes in several areas of the brain. These changes lead to the long-lasting effects of opioid addiction that make it difficult for a person to escape the drug sentence.

Irreversible Changes of the Brain

Opioid addiction, like all other drug addictions, is a disease that hijacks a person's brain and behavior, according to the National Institute on Drug Abuse. Changes in the brain are initiated on the first use of the opioid and are stamped on vulnerable areas with repeated and escalating use of the drug. In the final stage, addiction irreversibly imprisons a person's: 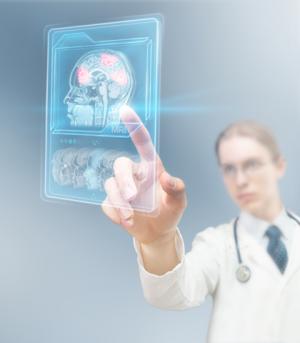 These changes result in the persistent drug craving and drug-seeking compulsions, and the threat of relapses can haunt an opioid addict even years after he stops using the drug.

Researchers at the National Institutes of Health (NIH), state in the American Journal of Psychiatry that the compulsive desire to take opioids or other drugs and the weakened ability to resist the pull even after quitting are two of the most enduring sentences of drug addiction. How long it takes to reach this irreversible stage during the process of addiction depends on various genetic and environmental factors in an individual and the potency of the opioid.

According to the NIH scientists, including a 2007 article in Science and Practice Perspectives, imaging studies of the human brain and studies in lab animals have helped to unravel some of the complexities of the changes in the brain that appear to underlie the long lasting imprinting of addiction on brain and behavior. These studies reveal that repeated use of opioids and other drugs cause irreversible changes in structure and function (neuroadaptations) in several areas of the brain.

Though much remains to be unravelled, according to the Science and Practice Perspectives reference and a review in Cold Springs Harbor Perspectives in Medicine, studies show structural cellular changes in the various areas of the brain. There is a decrease in nerve cell size in certain areas, such as the prefrontal cortex and other areas of brain cortex, the ventral tegmental area (VTA), nucleus accumbens (NAc) of the limbic system, and the basal ganglia. New nerve cell-to-cell connections are also made.

Starting from the response to early drug use to the transition to addiction, studies show changes in neurohormone production and secretion and the transmission of signals from one nerve cell to another. This affects, dopamine, glutamate gamma aminobutyric acid (GABA), and other neurohormones that have a role in addiction

According to the NIH review in the American Journal of Psychiatry, in the advanced stages of addiction, the effect of glutamate on the prefrontal cortex, the NAc, and other brain areas is responsible for setting the drug craving, the dysfunctional behaviors, and the irreversible threat of relapse of addiction. This in contrast to the early stages of opioid dependence and addiction, where the release of dopamine by the VTA to the NAc is important in inducing the euphoric pleasure and the desire to repeat it,

The Path to the Irreversible Changes

The path to the irreversible changes of opioid addiction in the brain starts in the early stages of drug use and gets established with repeated abuse of the drug. Once an opioid user reaches the final stage, the compulsive craving and behaviors of addiction, as well as the risk of relapse after quitting the drug, are established and ever-present.

0
Comments
© 2006-2020 LoveToKnow, Corp., except where otherwise noted. All Rights Reserved.
Resources, Advice & Tips for Covid-19
Read More
What Are the Irreversible Changes of Opioid Addiction?