In 1996, California became the first state in the United States to legalize medical marijuana. Since then, many others have joined the list of medical marijuana legal states, but only a few states have legalized marijuana for recreational use. Each legal state has its own laws regarding the use, possession, sale, and cultivation of marijuana, and the allowed treatable medical conditions. Doctors can only recommend but not prescribe the drug in any state, however, because the U. S. federal government does not approve of the use of the marijuana plant for any purpose.

The use of medical marijuana for treating disease is legal in a growing list of states in the United States, as well as in other countries, such as Canada, the United Kingdom, Israel, Jamaica, and the Netherlands. In the U. S., according to a National Conference of State Legislatures (NCL) list, as of July 20, 2016, the District of Columbia, Puerto Rico, and Guam, plus the following 25 states, have legal comprehensive medical marijuana programs: 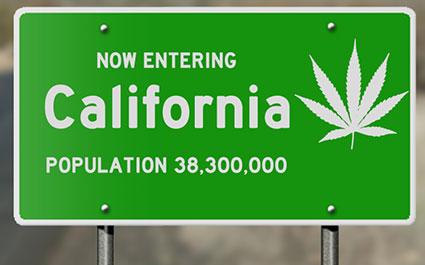 The laws vary among states, so it is important you review the laws specific to your state before trying to obtain marijuana for medicinal purposes. Some counties, cities, and localities in a state may have additional regulations. 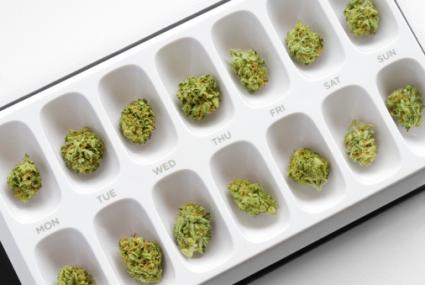 Medicinal marijuana is permitted by approved states for people who have medical conditions that are considered severe or debilitating. Each state has its approved list of allowed health conditions that can be treated, which may include:

For some conditions in some states, the use of medical marijuana is permitted only when conventional medicines provide the patient with no relief.

A minor can use marijuana if they receive a doctor's recommendation and all other state requirements are met. The child's parent or guardian is responsible for applying for the program and obtaining the marijuana.

Registration and Proof of Residency Requirement

As of July, 2016, all states, except for Washington State, require you to register, be certified, or carry an ID or registration card to use medical marijuana, according to the National Conference of State Legislatures list cited above. An ID or registration card shows proof you are authorized to use and possess marijuana for medicinal purposes. A person can still be arrested for possession, but his registered status will be his valuable defence.

Every state requires an applicant for medical marijuana approval to show proof of residency. A few states allow approved users from other states to possess marijuana but usually, they cannot buy the drug in that state.

In addition to purchased, usable marijuana, approved people can cultivate marijuana plants in their homes in some states. According to a ProCon.org summary chart, the amount of usable marijuana and/or plants a registered user can possess varies by state. For example, in Maine, a person can have 2.5 ounces of usable marijuana and up to six plants, while in Massachusetts, an individual can have a 60-day usable supply, or 10 ounces. Possession of more than the legal limit can result in arrest. 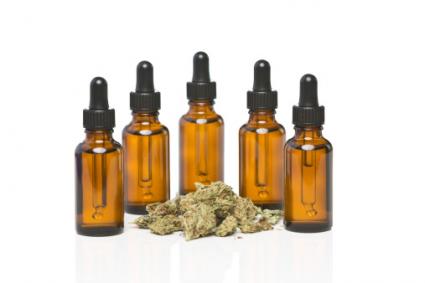 Some states have medical marijuana programs that give legal access only to limited kinds of marijuana products. Of the many chemicals (cannabinoids) in marijuana, tetrahydrocannabinol (THC) and cannabidiol (CBD) are the two most prominent. THC is psychoactive and exerts the "stoned" or euphoric effects of marijuana while CBD can help medical conditions without the psychoactive effect.

The states with limited access medical marijuana programs aim to avoid the use of high THC, psychoactive marijuana products. They allow only the use of one or more of the following for specific medical conditions:

According to the National Conference of State Legislatures summary, the following 18 states have limited medical marijuana programs:

Use of Cannabidiol Oil Only

The starred* thirteen states above allow the use of cannabidiol or cannabis oil only, with little or no contamination from THC. These states allow the use of CBD oil for treatment of intractable seizure disorders in children and adults not relieved by other treatments.

The chemical composition of the CBD oil - the quantity of CBD versus THC present - varies legally by state. A bill to authorize the use of CBD oil in Idaho was vetoed by the governor on April 16, 2015 and put on hold. 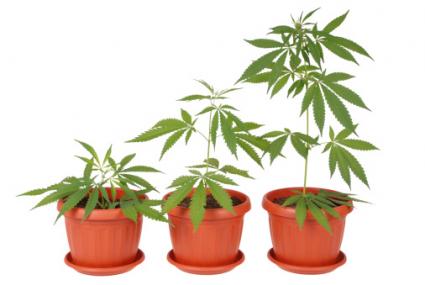 According to the website Governing, marijuana is legal for recreational purposes in only Alaska, Colorado, Washington State, the District of Columbia, and Oregon. Each of these states has its own laws that regulate the production, processing, sale, and purchase of the drug, where it can be smoked, and the amount a resident can legally possess. Use and possession of recreational marijuana is limited to adults age 21 and older in these states.

Recreational marijuana possession and use has been legal in Alaska since February 2015. Residents can legally purchase and grow the same amounts under the medicinal marijuana laws. Some municipalities are considering outlawing marijuana sale or cultivation within their municipal limits.

Marijuana became legal for recreational use in 2012. Colorado law permits residents to possess up to one ounce of marijuana purchased from a licensed authorized retail store. Non-residents can possess up to one-quarter of an ounce. Marijuana can be smoked or consumed in a vehicle but not in any public place. Like alcohol, it cannot be in an open container, and it cannot be transported across state lines.

Recreational use of marijuana became legal in Washington State on July 8, 2014. There are strict state regulations for growing, processing, and retailing marijuana for recreational use in the state, and home cultivation is not allowed.

The state's marijuana retailers are allowed to package and sell one ounce of useable marijuana and other small quantities of solid, liquid, or concentrate marijuana-infused products. All marijuana must be purchased from a state-licensed retailer but cannot be smoked in the store.

The District of Columbia legalized recreational marijuana on February 26, 2015. Individuals can possess up to two ounces of the drug and grow at home up to six plants, of which three or less can be mature plants. Marijuana cannot be smoked in public, and small amounts can be transferred, but not sold, to other adult individuals.

Marijuana and Driving in the US

Even in states where marijuana is legal for medical or recreational use, the law limits the amount of marijuana that can be present in a person's system when operating a motor vehicle, and this varies by state. For example, in Nevada, a registered person can still be prosecuted for driving under the influence if he has more than 2 nanograms of marijuana per milliliter in his blood. In Washington, the limit is 5 nanograms per milliliter.

Although marijuana is legal under state law, federal law prohibits its sale or use. This means if you work for a federal agency or an organization that receives federal funds, you could be fired if a mandatory drug test showed the presence of marijuana in your blood, even if the amount fell under the state's legal limit. In addition, if you are caught smoking marijuana on federal land, you could be arrested and subject to prosecution.

The Threat of Prosecution

It is also possible, though unlikely, for the federal government to prosecute an individual for the sale or production of marijuana, even though those actions are legal under state law. A doctor is also under threat of federal prosecution if he prescribes - rather than recommends - the use of medical marijuana. In the United States, two synthetic THC-derived drugs, dronabinol (Marinol®) and nabilone (Cesamet®) pills, are approved by the Feds for treating cancer chemotherapy side effects.

While marijuana is legal for medical and recreational purposes in almost half the United States, there are still many restrictions placed on its use and possession. If you need or intend to use marijuana, learn the laws of your state or any others to which you travel to to avoid violating them and ending up in legal trouble.