There are many herbal remedies people use to aid in daily function, relief of ailments, and overall good health. However, when the United States Drug Enforcement Agency takes note of an herbal remedy and suggests regulation, you can assume there are potentials for abuse. One popular and controversial natural therapy is kratom, and it has sparked wide debate and many studies as to its need and safety.

Scientifically known as Mitragyna speciose, kratom is found in South East Asia in its original form. It grows from a plant, and its leaves have been used for years to relieve pain. While the leaves can be eaten raw, it is usually brewed into a tea or transformed into tablets, capsules, or other liquids. In minor doses, kratom acts as a stimulant with effects similar to cocaine. In large amounts, it acts as a sedative with effects like that of morphine, and can possibly lead to psychotic type symptoms per the European Monitoring Centre for Drugs and Addiction.

According to KratomUSA.com, kratom was discovered by a Dutch settler in the 1800s, and eventually moved West, hitting the United States in recent years as a popular enhancer. A 2015 study of done by the BioMed Research International Journal says the effects of the drug produces antidepressant results, analgesia, antioxidant actions, all the while avoiding the tolerance and dependence that one would encounter with chronic morphine treatment.

Many people use kratom as a substitute for illicit drugs, and it is mainly used for its euphoric effects and pain relief. Within ten minutes of use, many experience a happy, strong, and active feeling. The Bulletin on Narcotics reveals users claim that "their mind is calm" after taking kratom. Findings showed habitual kratom users ultimately do not seem to experience huge impairments in their social functioning. Kratom is commonly purchased from internet sources for self-treatment, particularly by people with chronic pain to self-manage opioid withdrawal. Currently, kratom ingredients are not detected by traditional drug screening tests.

Users dependent on kratom for prolonged periods may become addicted. This is harmful because users describe tolerance symptoms, meaning they require the intake of higher doses to achieve the same effects. This is dangerous because brain chemistry changes when one takes a mind-altering drug like kratom. According to the American Addiction Center information page, when you take kratom regularly, your brain's chemistry is transformed to anticipate the drug's presence. These chemicals may not be created or moved through the nervous system in their regular fashion. This then causes the formation of a drug dependence.

The American Addiction Center also relays signs of kratom addiction as the following: 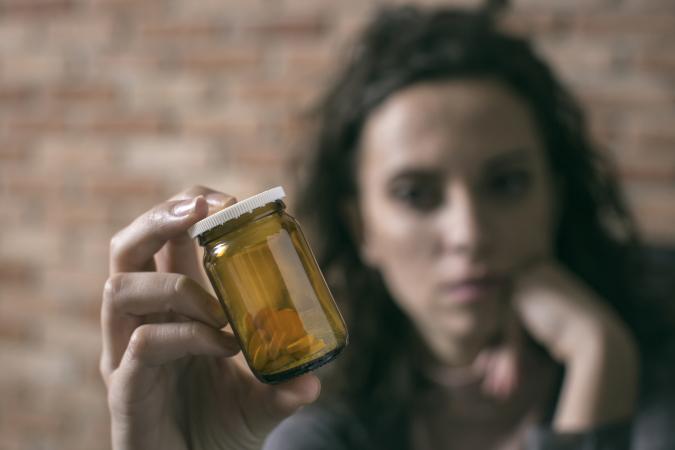 Admissions for treatment for kratom related illnesses nearly tripled between 2007 and 2011 according to the United Nations Office on Drugs and Crime (UNODC) World Drug Report 2014.

The withdrawal symptoms vary depending on frequency and amount of use. Sudden withdrawal in long-term users can lead to dangerous side effects.

Symptoms of withdrawal from recreational use include cravings, weakness and exhaustion, anxiety, and restlessness. These symptoms usually disappear within a week and are not dangerous.

According to the Drug and Alcohol Dependence Journal, physical withdrawal symptoms from long-term, habitual users include:

These symptoms are dangerous because they may cause users to lash out at those trying to help.

In some cases, psychotic symptoms of withdrawal my also occur, which include:

These symptoms are dangerous because users may seek relief from other opiate type drugs.

If someone fears that they maybe displaying signs of addiction, help is not hard to find. Detox centers and rehab facilities are available to help both medically and mentally. Resources such as Recovery.org have experts available 24 hours a day to guide those in need to the proper channels.

The use of kratom has apparent benefits over illicit street drugs, but it obviously still bears the potential for side effects and addiction. When choosing if to proceed with use, one must make an educated decision as to whether the benefits outweigh the downfalls, regardless of the fact kratom is a product found in a simplistic, usable form in nature.