Body dysmorphic disorder (once called dysmophophobia) is considered by some doctors to be a variation on obsessive-compulsive disorder. It involves a severe preoccupation with minor or imaginary flaws. The preoccupation leads to anxiety and stress to such a great degree that the sufferer is unable to function normally. 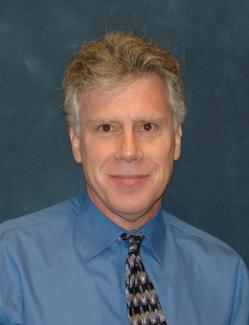 According to licensed social worker Scott M. Granet, Body Dysmorphic Disorder (BDD) can center on any part of the body, but people most commonly are concerned with features around the head and face, such as hair, skin tone and the shape of the nose.

The connection is sometimes made to individuals who use extreme tattooing, piercing, and body modification because many of the people who choose this route will say they do so because it feels like it should be there, or that it belongs there. They will often imagine that what they are doing is fixing something, or adding something that is missing.

How BDD Is Diagnosed

Sufferers are diagnosed with body dysmorphic disorder when they have a preoccupation with an imagined defect or are excessively concerned with a slight physical anomaly, such as a large nose or a receding hairline. The preoccupation must be severe enough to impact their functioning and impair their ability to work or socialize. All other possible disorders, such as major depressive disorder, social phobia, obsessive-compulsion behavior, bulimia and anorexia, and schizophrenia, must be ruled out as possible problems before a BDD diagnosis can be made.

Why Do People Get Body Dysmorphic Disorder?

No one is sure why some people suffer from BDD. It is surmised that the problem, like OCD, is probably caused by a combination of biological, psychological and possibly even social and cultural factors. Granet rules out the notion that the American media's focus on beauty causes the disorder. "Given our societal obsession with physical appearance, it seems likely that the media has an adverse impact on people who already have BDD in some adverse ways. However, this alone is not seen as a primary cause of BDD." He also states that the severest forms tend to run in families.

How Is It Treated?

Body dysmorphic disorder is diagnosed and treated with both cognitive behavioral therapy and pharmacotherapy. Therapy is used when it is possible to treat the sufferer for symptoms of obsessive compulsive disorder. The therapist assists the sufferer to stop repeating behaviors, such as looking in mirrors and over-using make-up to "fix" problems, and eventually moves on to help the sufferer change the belief that there is a problem.

"Exposure therapy can be especially useful because it can help the person learn that appearance may not be as important as he or she believes it to be. An example of how this would work with someone with concerns about hair may be to go outside when it is windy and go about your day without fixing your hair after it has been wind-blown," says Granet.

Resources for Those Suffering From BDD

As body dysmorphic disorder is becoming more recognized, there are more resources for sufferers. Granet recommends the International OCD Foundation. If you think you may have this problem, please contact a doctor or licensed therapist.