Review of the Current Literature

A 2015 study, conducted by Dr. Scott Shemory, an orthopedic surgeon practicing in Akron, Ohio, evaluated a number of suspected causal factors for lower back pain, including alcohol. This study examined over 26 million people, about 1.2 million who presented with chronic lower back pain. Among the contributing factors, obesity (17 percent), depression (19 percent), smoking (16.5 percent), and alcohol dependence (15 percent) showed the strongest correlations. While this study definitely shows a link between alcohol consumption and lower back pain, it did not explore why that link exists. 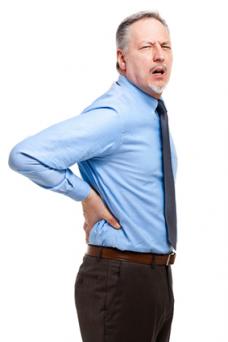 This collaborative study was conducted among various Syracuse University medical departments and published in the Clinical Psychology Review Journal in February, 2015. The researchers sought to analyze more fully the bi-directional relationship between alcohol and pain management. They found that moderate alcohol consumption may be associated with positive pain outcomes; in other words, pain was lessened when moderate amounts of alcohol were consumed. Conversely, excessive alcohol consumption may be associated with negative pain outcomes. The researchers caution that although there is a great deal of interest in this topic, there is little hard data to provide definitive answers. They recommend that future inquiries should examine the temporal relationship between alcohol consumption and pain attenuation.

This review, published in the Journal of Pain Research in April, 2015, evaluated 14 previous experimental studies to attempt to determine if alcohol had the pain attenuating effects the general populace believes it to have. While they found that most of the studies showed drinking alcohol did dampen pain to some degree, there were a lot of methodological issues with the studies: small sample sizes, lack of a placebo or control group, and different forms of pain measurement and alcohol administration were just a few. Despite the positive findings on pain reduction, the scientists note the mechanism for pain attenuation is not understood and should be studied more thoroughly in future trials.

2013 Review of the Literature

This review examined 26 prior studies that evaluated the relationship between alcohol dependence and lower back pain. The researchers concluded back pain is associated with alcohol use only when people show dependence on it and not with casual alcohol consumption. This suggests the amount of alcohol consumed plays a role in the experience of back pain. 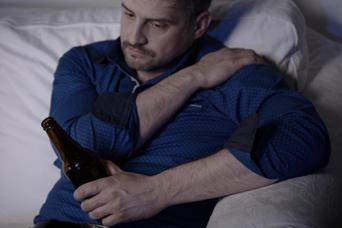 It is difficult to know, based on the current data, whether alcohol dependence causes back pain, or whether chronic back pain leads to alcohol dependence. As the 2015 study showed, there are a number of factors that may interact in complex ways to contribute to lower back pain, so it may well be impossible to parse out any one factor that is more of a determinant than another.

What is known, however, is that about 28 percent of people who have chronic pain, including lower back pain, attempt to manage it with alcohol consumption. Additionally, the use of alcohol to attenuate pain seems to be related to the frequency rather than the intensity of the pain and does not seem to be related to how long a person has been living with chronic pain.

According to the National Institute on Alcohol Abuse and Alcoholism, to achieve an analgesic effect, alcohol consumption must exceed the daily recommended amounts to stay healthy. Additionally, individuals build a tolerance to the pain-dampening effects of drinking alcohol, and so must increase the amount they drink to maintain the pain-relieving effects. Over time, consuming excessive amounts of alcohol can cause alcoholic neuropathy, which predominately affects the extremities, but can cause muscle weakness and potentially, muscle pain, as well.

Talk to the Professionals

Because alcohol can have serious adverse effects on health and wellbeing, managing pain by consuming excessive amounts of alcohol may not be the best course of action. Talking with your family physician or a pain management specialist is likely to bring greater relief over the long-term and will certainly keep you healthier.