Understanding the reasons why some people become addicts is the first step toward preventing addiction. Dr. Katey Baruth explains ways to intervene.

LoveToKnow had the privilege of interviewing Katey Baruth, Ph.D, HSPP on this important topic. Dr. Baruth is a licensed psychologist with more than 12 years experience in the field of mental health counseling and administration. She currently serves as Academic Program Manager of Post University's Bachelor of Arts in Psychology program, as well as the Master of Human Services Alcohol & Drug Concentration.

LoveToKnow (LTK): Addiction is an issue that is on the public's radar lately, but the focus seems to be on getting help for people who have developed an addiction. Should a similar level of attention be given to preventing addiction?

Dr. Katey Baruth (KB): Absolutely. It makes logical sense to focus on preventing a serious problem before it develops. The federal government also agrees, since the 2012 Substance Abuse and Mental Health Services Administration (SAMSHA) was awarded $3.6 billion for the Fiscal Year 2012, of which $535 million will be spent on prevention issues. Of these funds, the Substance Abuse-State Prevention Grant has targeted $395 million aimed towards the prevention efforts. Much of the funding will focus on developing evidenced-based policies and practices that can be implemented long-term in the national health care system. 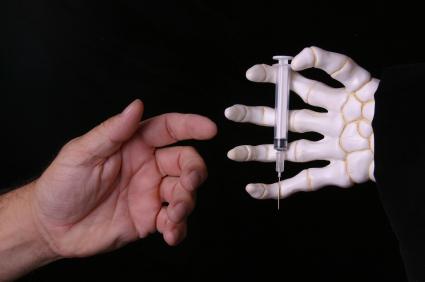 LTK: Is addiction prevention an issue that should be taught in schools? If so, when should this topic be introduced to students?

KB: Whether or not drugs and alcohol are addressed directly through the school-based curriculum, many children are exposed to drugs and alcohol through their living environment. Since some children are aware of addiction issues already, there is no reason not to implement programs during the grammar school years. However, the majority of schools are strapped in terms of time, resources and funding in either maintaining or implementing programs which might be viewed as unnecessary electives by the school board. Just as many schools are doing away with gym and art classes, it may be difficult to convince administrators of the benefits of including prevention materials into the curriculum. However, the benefits could be well worth the efforts to implement prevention into the yearly curriculum. Research studies have indicated that programs such as Botvin's LifeSkills Training (LST) in elementary grades can reduce the prevalence of tobacco, alcohol and illicit drug use by as much as 80 percent among participating students.

Talking to Kids About Addiction

LTK: How can parents teach their children about the dangers associated with addiction?

KB: I believe that fostering an open and honest series of discussions with children is the best approach to addressing the dangers associated with addiction. Many parents are of the mindset that their son or daughter will be immune to the insurmountable pressures that can lead to drinking or drug use. In our society, children are given mixed messages from multiple sources ranging from peers, television, the Internet and other avenues on a daily basis. Since being exposed to drugs and alcohol is inevitable, parents need to make teaching their children about the dangers of these substances and the risk of addiction a priority. It is also advisable that parents use one of the many entertaining educational websites that are available to help facilitate an ongoing discussion. For example, DrugFreeWorld.org is a website where both parents and children can learn together through interactive media about the impact of drugs --both physical and psychological.

Preventing Addiction in the Workplace

LTK: Is there a role for employers in helping to prevent addiction, given that employees with substance abuse or behavioral issues are more likely to be absent from work, have lower productivity, etc.?

KB: Many times, employers are not typically viewed as a source of support for workers dealing with addiction. Fear of reprimand or loss of employment is common for many individuals who are in need of treatment services. To help employers appear more approachable, it is important that resources be made available both in written and verbal formats. Reminders of Employee Assistance Program (EAP) services or other resources should be made available to employees on a regular basis. Employers should also work to identify individuals who might be suffering from addiction and provide an opportunity for an employee to talk candidly about his or her concerns and seek the necessary treatment. 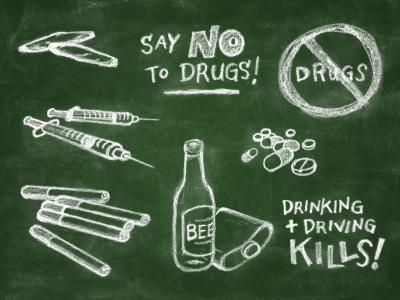 LTK: Is more education the key to preventing addiction or are the anti-drug messages and slogans missing their mark?

KB: Personally, I do not believe that education alone is an effective means of prevention. Having a diverse and systemic set of activities and events, in addition to including educational objectives, could allow for more effective long-term anti-drug outcomes.

In terms of anti-drug messages and slogans, I think that this rather hard to gauge what is working. In the 1980s and early 1990s, First Lady Nancy Reagan spearheaded the "Just Say No" approach to address substance abuse prevention. While it marked an important point in the history of the anti-drug movement as it was one of the most notable in recent history, research studies have suggested that the outcome of the "Just Say No" campaign is unclear and likely ineffective.

However, analyses of Reagan's efforts have been useful in shaping today's anti-drug messages and slogans. Presently programs such as "Above the Influence" focus on developmental issues that appeal to teens, such as independence and autonomy. The program also can incorporate resources that can be used in schools or community which is an added bonus. In our society today, "Above the Influence" also meets the mark of incorporating multimedia aspects including Facebook, Twitter, and other popular social networking components.

LTK: If you could develop a program/approach to tackling the issue of addiction prevention, what would it look like?

KB: The majority of prevention programs are centered on children and teenagers. Since this is the largest group which could most likely benefit from these programs, I would incorporate interventions on the primary, secondary and tertiary level. Involving not only the children and teens in the prevention efforts, but also family, school, and community members will increase the likelihood of long term success. It is also important to maintain an active and engaging series of prevention events and activities for the family, school and community. The program would span multiple years and also have identifiable outcomes and objectives which are tailored towards the needs of the community at large. Including social networking aspects, such as Facebook and Twitter, should also be incorporated to create an active, online community in addition to inviting others outside of the immediate community to also engage in the prevention efforts.

Prevention Begins with You

LoveToKnow would like to thank Dr. Baruth for participating in this interview. If you feel that you or someone you know is at risk for addiction, seek pre-emptive help from your physician or a qualified counselor. Remember, it's far easier to avoid developing an addiction than it is to overcome one, so take action now.